The annual competition calls on entrepreneurial university students around the globe to pitch ‘next-generation’ ideas which drive positive change through technological innovation.

3,865 international student teams submitted ideas for the 2020 edition of the competition, and Robocean – a team of nine current mechanical engineering students – was selected by global technology services company NTT as their ‘wildcard’ entry among just 38 teams to reach the final stage of the competition, a global workshop.

Seagrass meadows have been called ‘the lungs of the ocean’ – and despite occupying 0.1% of the world’s seafloors, are responsible for 11% of all organic C02 storage in our oceans. They are also a critical lifeline to marine biodiversity, supporting around half of the world’s fisheries.

In the last century, 92% of British seagrass has disappeared, meaning this special type of marine environment has become of urgent concern for conservationists. Current efforts to restore these precious seagrass environments in the UK rely on volunteers to distribute seeds by hand, however this is too slow and resource-intensive to make the difference needed.

The Robocean team propose to mechanise the process of seagrass restoration, by working on a new generation of subsea robotics – or remote operated vehicles (ROVs) – capable of crawling along the seabed and planting seagrass at the touch of a button.

Robocean qualified as the competition’s ‘wildcard’ finalist, after the team won a popular vote cast among NTT’S 40,000 employees.

“I think this team’s submission really resonated with our employees because it is original and innovative. It also demonstrated the potential power of using technology for good” said Marisa van Vuuren, Senior Vice President of Brand at NTT Ltd.

After five weeks of preparation in collaboration with NTT’s global experts in innovation, business management and marketing, Robocean took part in this year’s digital Global Workshop.

During the four-day workshop, Izzy and Niall pitched live from Hudson Beare’s Classroom 8 to a panel of judges, which saw them progress to become one of the final 10 teams in the competition.

Despite not winning the competition, Robocean has fostered a strong relationship with NTT which looks to help the start-up continue its development into 2021.

Commenting on the experience, project lead Niall, said: "This opportunity was unlike anything I had imagined. The support we have received through NTT during this competition has been astonishing, and we cannot wait to apply everything that we have learned during this process to the future development our prototype and business. We took a risk in applying to the competition as the global workshop took place between Izzy and I’s first two exams, however I would do it a million times over if I could."

Reacting to the team’s success, Isobel one of the engineers working on the project, said: "Reaching the top 10 of Red Bull Basement 2020 has been such an exciting experience for us all, and we’ve really grown as a team throughout the experience." 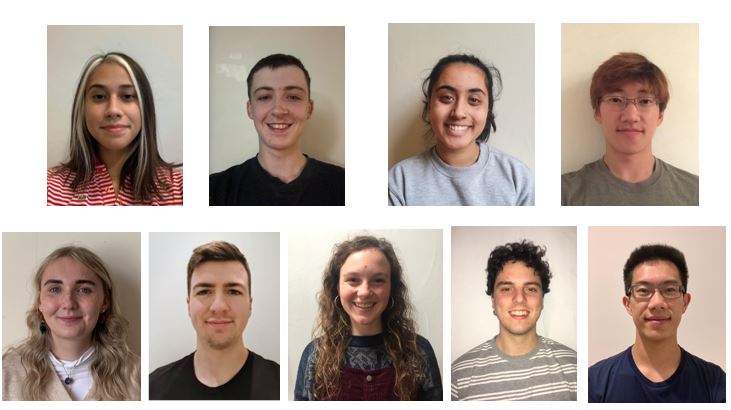