The competition, which drew university rocketry teams from across the UK, involved creating a CanSat – a small satellite housed in a tube roughly the size of a long drinks can – to launch into the atmosphere and gather valuable environmental data.

The team’s CanSat’s recognisable orange design was inspired by ‘Scotland’s favourite drink’! In the lead-up to the competition, the team had multiple design reviews with UKLSL (UK Launch Services) and aerospace research and testing company Gravitilab.

This allowed the team to get feedback on their designs, months before the competition, and continuously improve and iterate their model. 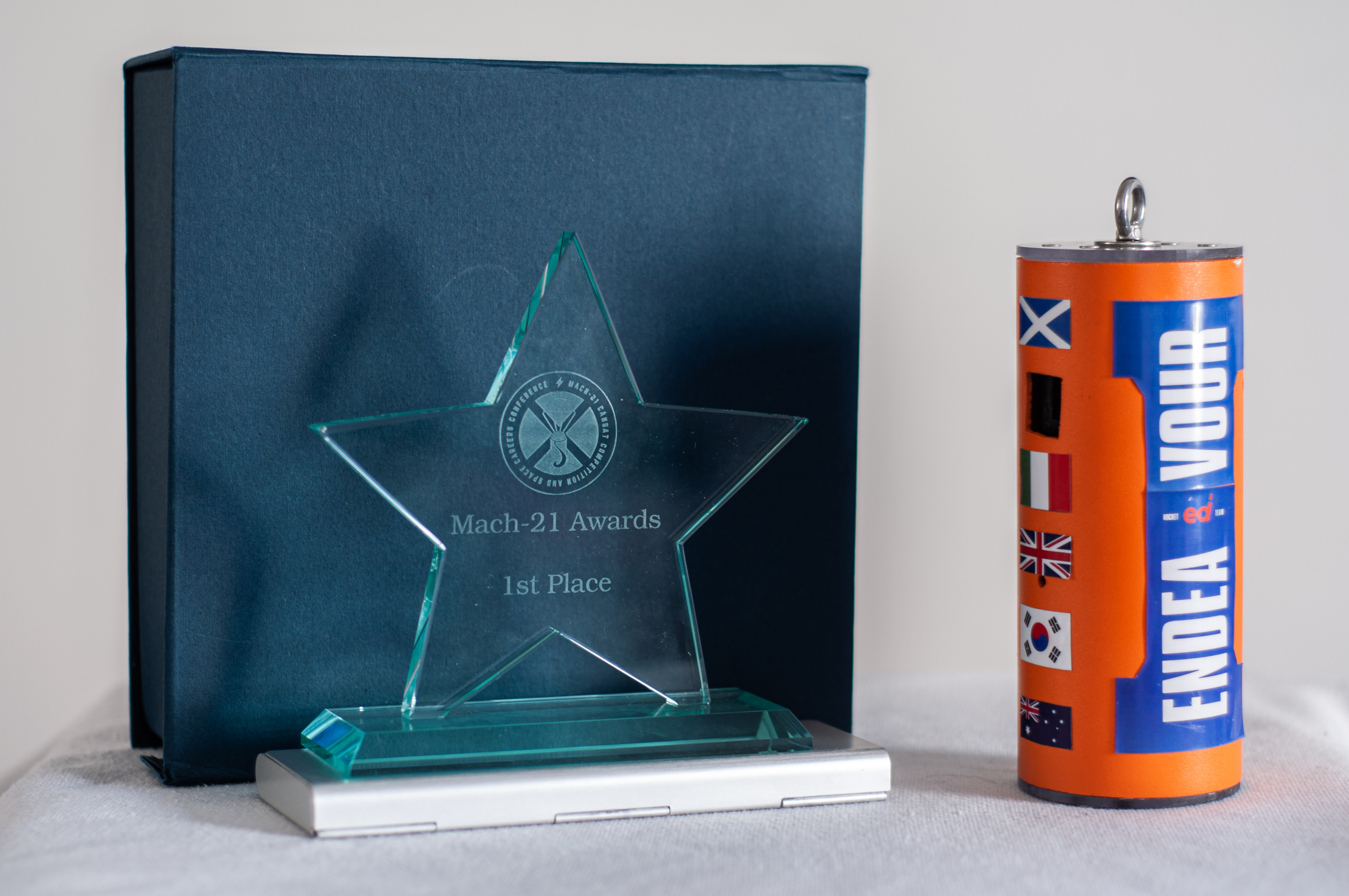 The CanSat was launched up to over 400m at Machrihanish Airbase – one of only seven UK Spaceport locations – located at the tip of the Kintyre peninsula in Argyll and Bute.

During its flight, the CanSat gathered measured a range of environmental data: CO2, H2, CH4, O3 and UV. Recording this, alongside pressure, temperature, and altitude, allowed the team to observe how this data changed at each stage of the Can’s flight. 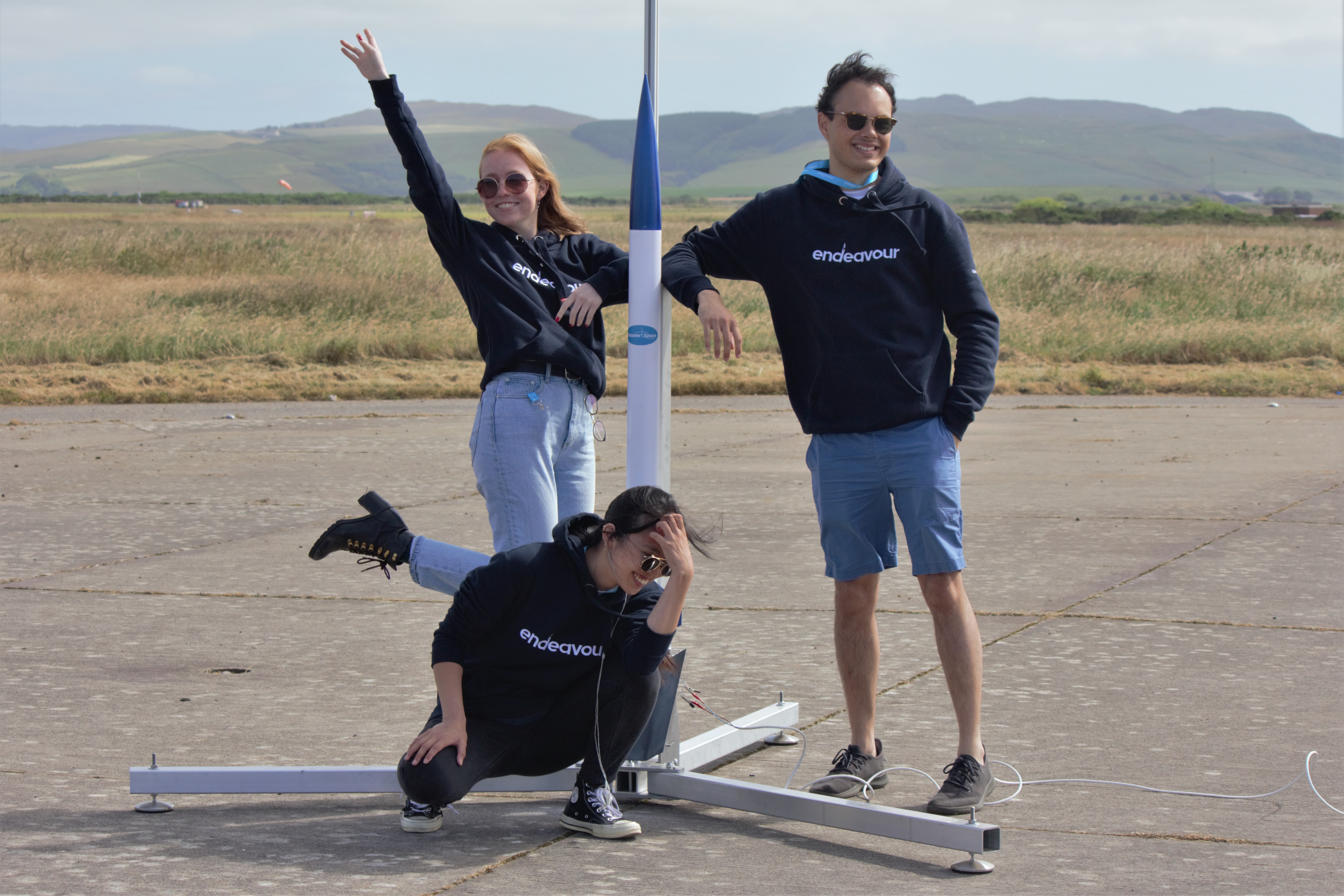 The entries were judged at each of the design reviews, and during the launch and post-launch results presentation. This was an excellent opportunity for the team to share their work with other universities and representatives from leading space industry bodies, including the National Space Agency.

After which, Endeavour’s pre-flight planning, results, and design were awarded first place!

The Mach-21 CanSat competition was hosted by UKLSL, and was combined with a Space Careers Conference, where the student teams were able to hear and network with the representatives from industry. 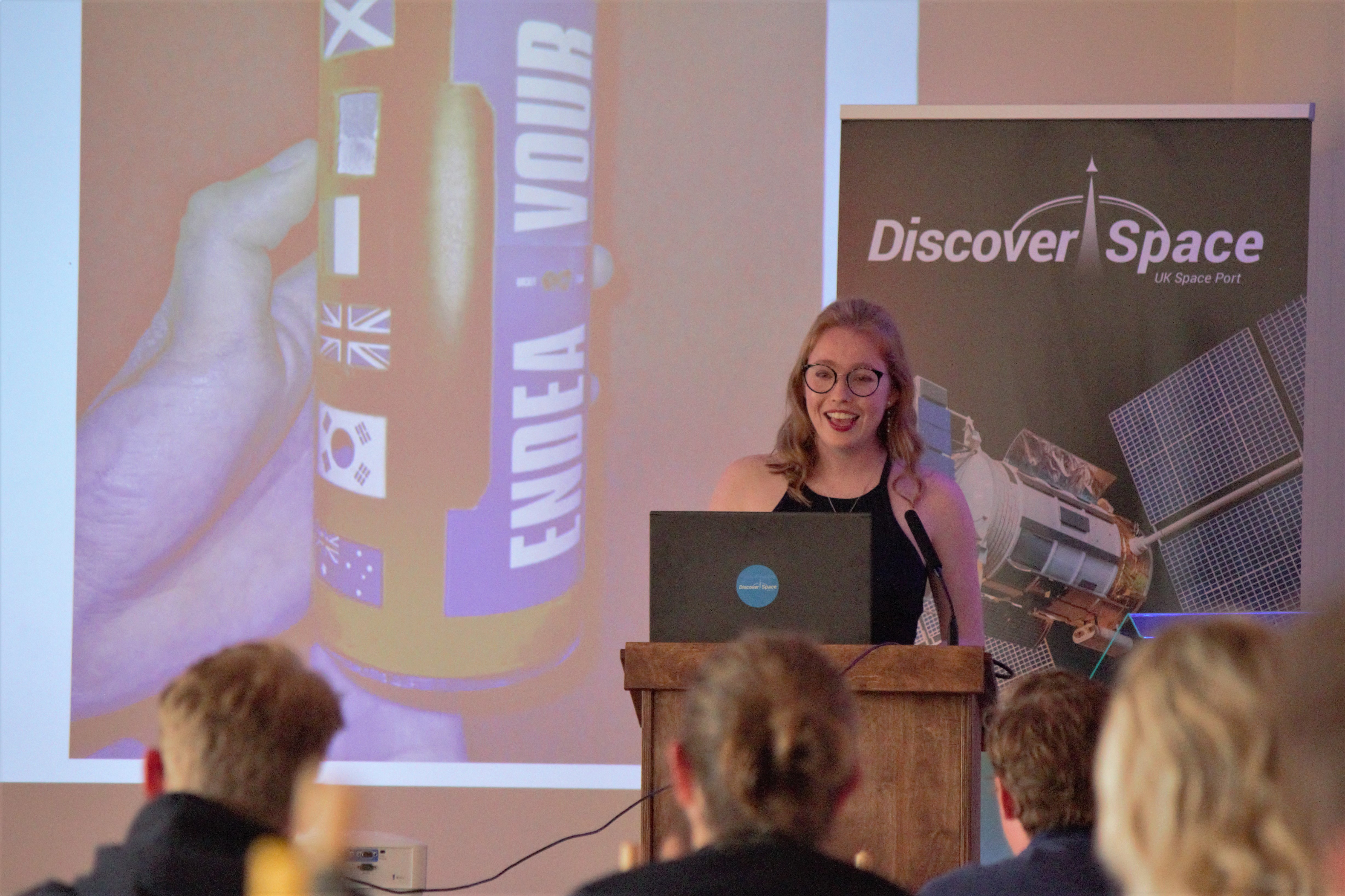 Sarah Hassett, from Endeavour's PayLoad Team, presenting during the competition

Commenting on their competition experience, Sarah Hassett from the Payload Team said, “This competition was a fantastic experience to work not only on our project management and team-building skills – but engineer a project we are all passionate about. We are very much looking forward to attending again next year at Mach-22!”

What’s next for the team? They have built a 9km supersonic rocket called Darwin II, which they will launch at the European Rocketry Challenge in Portugal between Monday 11 – Sunday 17 October.